Well, what a few days in Lisbon that was. I travelled over to the Web Summit last week, eager to know how its transfer from Dublin would work out. The answer? It was amazing. No, really.

Ok, my son Daire is one of the cofounders of the Web Summit, so I have more than a casual interest. I had also gone to three previous Web Summits, including the last two in the RDS, so I could make some comparisons. No question but that Lisbon was easily the best to date.

By now you may have read about the various advantages of Lisbon – better infrastructure, better venue, cheaper prices, working wifi, easy of movement throughout the whole event. All of which are true.

I was in Lisbon with Trish a few years ago, and during our bus tour of the city we came across the Expo area, which is quite modern, a contrast from the rest of Lisbon. I liked its spacious feel and modern look, but we didn’t get out and see anything, preferring to ramble around the city centre on foot. This time I stayed in a hotel very close to the Web Summit.

First impressions were great. I arrived at the airport where I quickly registered for the Web Summit, a painless process that took less than 10 minutes. The taxi fare to my hotel was only €8.20. Arriving on Sunday meant I had time to relax and get my bearings.

The following day I had nothing scheduled, so I went for a walk. The MEO Arena is close to the water’s edge, and just yards from a major roundabout. My first surprise was seeing a large railway and metro station on one side with the Vasco de Gama shopping centre directly opposite – and connected by a covered walkway above the ground. Nice! Incidentally, the shopping centre housed quite a collection of stores and fast food areas, including Burger King and McDonalds (I made the mistake of asking for a Whopper meal at McDonalds!). There were also several classier eateries in the centre, several with nice balcony spaces – even McDonalds had one! 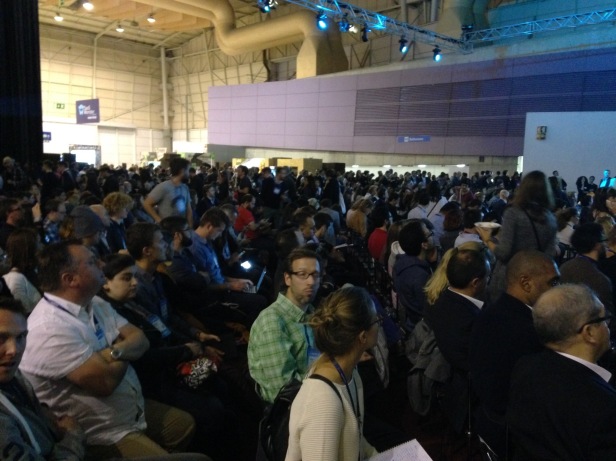 The MEO Arena and the several pavilions that housed the Web Summit were close together, but on that Monday since I was already registered, I walked past the long queues along the promenade, admiring the cable cars nearby, and the spectacular  bridge to my right that seemed to stretch to infinity. Oh, did I mention the weather? It was sunny.

I was invited to one of the Web Summit dinners that evening, meeting up with Daire beforehand. I met marketing guru Noel Toolan, Ken Earley of the Irish Times and Second Captains fame, and soccer writer Miguel Delaney of the Irish Independent and ESPN. Miguel brought me over to meet Louis Saha, the ex-Manchester United star, who founded his own startup, AxisStars, which describes itself as an exclusive network designed to disrupt and change professional sports and entertainment from the elite to the aspiring youth. Saha is a really nice guy, and we had a great chat for about 15 minutes. Lucky me!

The first full day of the Web Summit saw me join the long line to get in. It was then I realised we were being shepherded to the back of the venue and the several pavilions that led to the main stage. What a walk! By the time I eventually got in I ended up sitting high up in the MEO Arena for the opening talks. Never mind!

I met my former boss, Teamwork.com CEO Peter Coppinger for a coffee and chat. No hard feelings about being let go recently. You pick yourself up and move on. I then bumped into the Mayor of SLigo, Marie Casserly (another Twitter connection). Peter and I went for a look at some of the stands, and then he left to judge a Startup competition while I wandered around and caught an occasional talk in the packed Panda Conference, or Sports Summit (small and busy). Back then to the MEO Arena to check out the chat with former superstars Luis Figo and Ronaldinho on the theme Do Footballers Make Good Entrepreneurs? We were in Portugal so no surprise that Figo was mobbed before and afterwards. He had a mini soccer pitch set up nearby which always seemed to draw the crowds.

I planned to grab a few hours sleep as I wanted to stay up late for the US Presidential election, but that didn’t happen! Instead, as the results slowly trickled in and it dawned on me the unthinkable was playing out before my eyes, I surrendered to sleep around 4am. 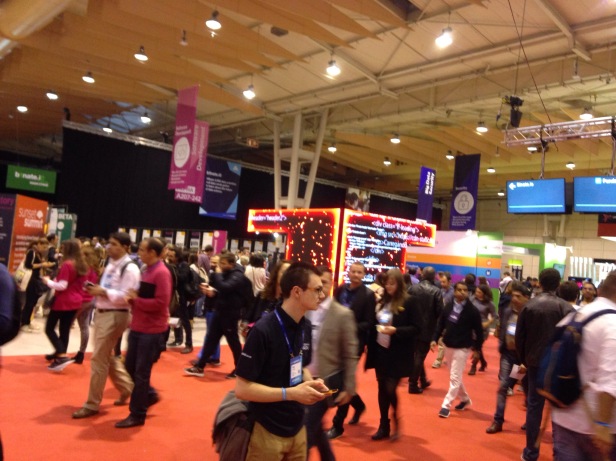 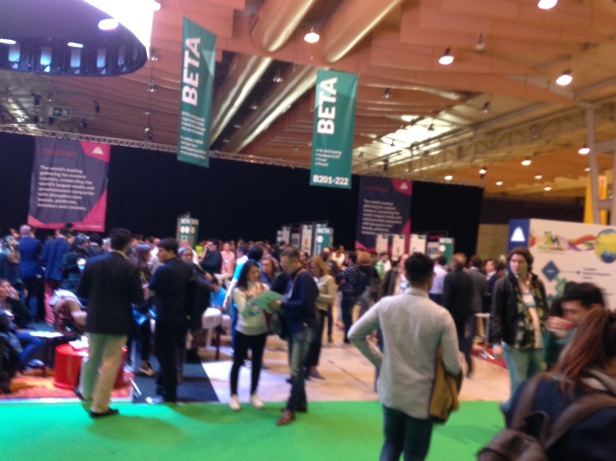 On Wednesday I woke up around 10am and switched on the news to have my worst fears confirmed – President Trump will be stalking the world for the next four years. Too depressing for words. I showered and headed down to the Web Summit, soaking up the atmosphere. I had arranged to meet a friend, Doreen O’Mahony, for a coffee, and while looking at a stand I found myself standing next to Peter Coppinger! We meandered around the many stands, marvelling at some of the exhibits – virtual reality was highly visible. And so were the free coffee stands, always good when you need a drink.

We bumped into Oisin Hanrahan , CEO of Handy, who talked to us for a while. Later we met Tom Keane, a Twitter pal and one of my blog admirers. Just then Doreen arrived so we decided to go for lunch. The teeming masses were not too difficult to negotiate, but we all split over what food option to go for, Doreen and myself heading for the vegetable option. It took a  while to be served, but it was worth the wait. And we had a seat!

Then it was back to PandaConf for a couple of more talks, and time for Doreen and I to part. I hadn’t anything special to check out, so I looked for the Airbus stand because I was dying to see why so many people were queuing for their virtual reality ‘glasses’. I tried out their new executive class seat – very comfy – before I removed my glasses and had my first virtual reality tour. Sadly, it didn’t thrill me as much as I expected, probably because my eyesight isn’t the best without my varifocals. Ah well.

Wrecked at that stage, I had an early night, ready for the final day. And what a final day it was. I got a call from Daire to meet up, so we grabbed a coffee and he introduced me to Dan Kiely, CEO of Voxpro, whom I knew through Twitter and the blog, but we didn’t have time for a chat, unfortunately.

I was relaxing in the Speakers Lounge with a coffee when a very tall woman introduced herself. Orla Tunney is the Irish Ambassador to Portugal, and a really lovely person. We talked about everything from the Web Summit to our families for a while, and then   went out to the main arena to hear a talk.

I bumped into Doreen again, so another coffee and lunch! I knew Doreen from attending a lunch with the Fuzion team in Cork few years ago, but she’d moved on since and is now Digital Brand Manager with Laya Healthcare. Just time to catch another discussion at the Content Makers stage before Doreen left me, and I went off to say my goodbyes to Daire. Hard to believe the Web Summit was over for another year, but Dublin’s loss is definitely Lisbon’s gain.

I stayed until the following afternoon and went for a walk to fill the time. A good idea as it turned out. The main picture above was taken on my walking tour, as were the others below. 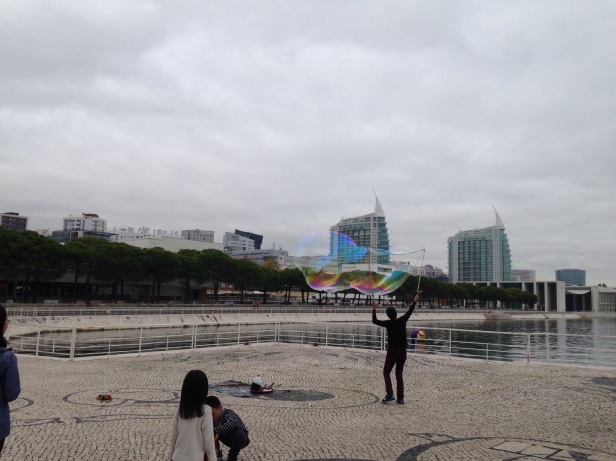